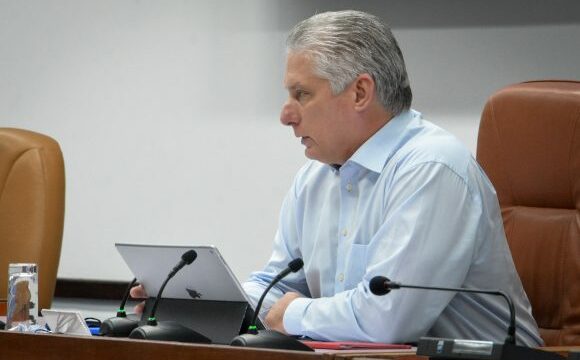 Miguel Diaz-Canel, first secretary of the Central Committee of the Communist Party of Cuba and president of the country, highlighted today the value of the socialist state enterprise in the current Cuba.

A publication on Twiter refers that such entity is the main source of wealth and welfare, while quoting an article published in Granma newspaper.

The publication further states that in a recent exchange between the Cuban leader and executives of the state business system, the implementation of the monetary order process from a business approach was analyzed, as well as the results of the measures to strengthen those entities.

At the meeting, Diaz-Canel pointed out that the fundamentals could not be lost.

The measures adopted for the socialist enterprise to have more foreign currency, including what it sells in stores with these currencies in the domestic market, are for providing more goods and services to the population.

The exchange was also attended by Salvador Valdes Mesa, vice president of the country; Joel Queipo Ruiz, member of the secretariat of the communist party and head of its economic department; Ricardo Cabrisas Ruiz, deputy prime minister, as well as ministers and other authorities.