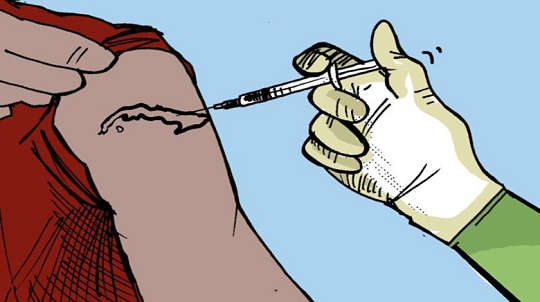 As of November 2nd, 9,984,120 Cubans have received at least one dose of one of the Cuban COVID-19 vaccines Soberana 02, Soberana Plus and Abdala, the Ministry of Public Health (MINSAP) reported today.(ACN)

A total number of 8,971,476 people have already received a second dose of one of these immunogens, whereas 6,983,219 have received three doses, according MINSAP.

To date, Cuba has administered 25,938,815 doses of the national vaccines, and 65.9% of the population has completed the vaccination schedule.

“I Trust in the People: We Are Not Only Going to Resist, But to Win»

As part of the intervention study among health workers, BioCubaFarma staff and other risk groups, 454,064 doses were applied.

ANIR Santiago in the Face of Today’s Economic Changes

The clinical trials with the Cuban vaccine candidates Soberana 02, Abdala and Soberana Plus, launched in March 2021, included 266,466 doses administered in the provinces of Havana, Santiago, Granma and Guantanamo.

Immunizing- “We are still committed to vaccinating the entire Cuban population before the end of the year, a challenge taken on by the whole health and science system with responsibility and complete dedication,” said Cuban Minister of Public Health, José Ángel Portal Miranda. (ACN)

“The effort and perseverance to protect the Cuban people from the devastating effects of the COVID-19 pandemic through immunization were already evident since the beginning of the various clinical trials conducted by highly prestigious scientific institutions such as the Finlay Vaccine Institute and the Center for Genetic Engineering and Biotechnology (CIGB),” he added.

Portal Miranda also praised the progress of the COVID-19 immunization process in the country, where 82.8% of the people had received at least the first dose until September 28, whereas 46.4 % of the total population has already completed its immunization schedule.

These figures include the convalescents who have received a single dose of Soberana Plus, of which more than 20,788,249 doses have been administered nationwide.

“Not only does Cuba rank first on the list of Latin American countries with the highest percentage of their population vaccinated with at least one dose, it is also the first nation to immunize children with its own vaccines,” he pointed out. “More than 1.6 million Cubans in the 2-to-18 age bracket have started their vaccination schedule in just 20 days.”

He added that the protection of convalescent children is also a priority and recalled that the Center for State Control of Medicines, Equipment and Medical Devices (CECMED) gave its go-ahead to the clinical trial with the Cuban vaccine Soberana Plus, a study that will include 530 children in the provinces of Havana and Cienfuegos.

The minister remarked that Cuba will soon have two vaccines for its pediatric population.