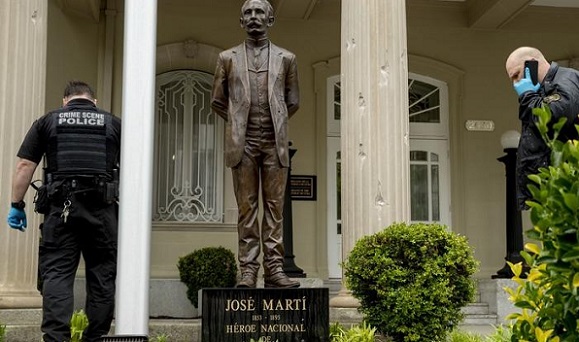 CMKC, Radio Revolution, Jul 6.- Cuba denounced on Monday at the UN that two months after the terrorist attack against its embassy in the US, Trump’s government is still unable to condemn the incident and recognize its terrorist nature.

This was expressed by Cuba’s alternate permanent representative to the United Nations, Ana Silvia Rodriguez, speaking at one of the virtual events of the week against terrorism taking place at the UN.

An individual with a semi-automatic assault rifle attacked Cuba’s diplomatic legation in Washington in April, she recalled, and this serious terrorist attack endangered the lives and safety of the staff of the Cuban embassy and their families.

Meanwhile, she added, the US government refrains from taking action against terrorist people and groups settled in its territory, which incite violence against Cuba and its institutions.

The groups and individuals that commit terrorist acts against Cuba have operated for years and continue to do so with impunity in US territory, Rodriguez noted.

In addition, she set out, the law enforcement agencies of the US government are fully aware of it.