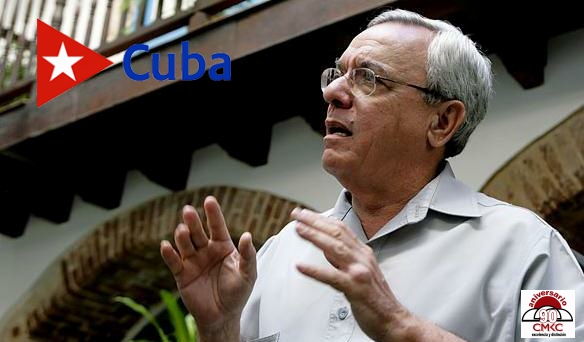 Cuba’s President Miguel Diaz-Canel assured on Sunday that the country will continue working on the rescue of heritage and collective memory, and will defend the legacy of the historian of Havana, Eusebio Leal.

On Twitter, the Cuba’s head of State also attached a link to Juventud Rebelde newspaper that published opinions of personalities of culture and politics about Leal, who died on Friday at the age of 77, from a painful disease.

The newspaper’s article compilation includes criteria, among others, from the prima ballerina assoluta, Alicia Alonso; the writer, ethnologist, researcher and poet, Miguel Barnet; the writer and politician Abel Prieto, and the intellectual and politician Armando Hart, all of them express feelings of admiration, respect and gratitude.

The death of Leal, who not only followed Marti’s and Fidel’s ideas, but also was a devoted Christian as Prieto described him, caused consternation across Cuba and especially in Havana, where he worked tireless and passionate, and thus many people deemed Leal was doing a titanic work.

On Saturday, Cuba’s president decreed an official mourning, while social networks were filled with messages of affection and thanks to the historian of Havana, and white sheets were hung on rooftop balconies to pay tribute to him.

In the historic center of Havana, known as Old Havana, the inhabitants placed posters with the inscription ‘Siempre Leal’ (Leal Forever), while in Havana and the eastern province of Santiago de Cuba, two books of condolences were opened.

In accordance with Leal’s family, the population will be able to offer a posthumous tribute to the respected Cuban scholar at the Capitol of Havana once the Covid-19 pandemic has been controlled.