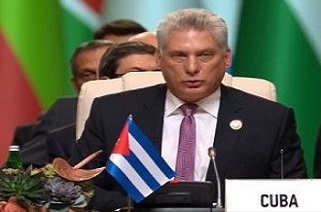 Cuban President Miguel Diaz-Canel on Wednesday sent a message of condolences to his Lebanese counterpart Michel Aoun for the explosions that caused dozens of deaths and thousands of injuries.

The message, sent to Prensa Latina by diplomatic sources, expresses solidarity with the victims and their relatives.

On behalf of the Cuban people and government, I ask you extend our condolences to all Lebanese citizens, Diaz-Canel said.