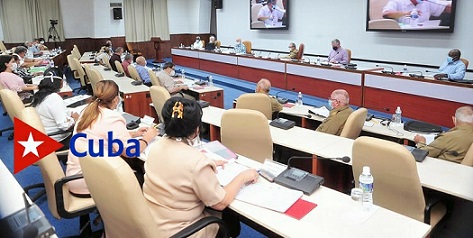 A proposal to update the COVID-19 Confrontation Plan was also presented and will be announced to our people shortly.

In addition, preparations for the VIII Congress of the Communist Party of Cuba, to be held in 2021, were evaluated.