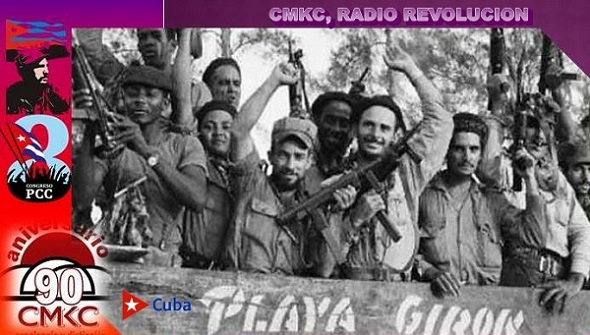 During these days, when the Bay of Pigs and the 60th anniversary of Fidel’s proclamation of the socialist character of the Cuban Revolution, cannot be forgotten, April brings another victory

Just when some might think that, exhausted by brutal U.S. attacks, Cuba would lose strength, here is our vanguard fighting with bare fists to make this extraordinary island a more prosperous, contented country.

Following a year of the pandemic’s pain and death, the world continues to seek solutions to control the virus that has ravaged even the most solid economies, while Cuba, «punished» by the most powerful empire on the planet, resists, having committed no other “crime” than giving back to Cubans what for centuries was denied, and rather than despairing, has mobilized to produce five candidate vaccines, the work of scientists trained by the Revolution.

As the world seems to collapse, Cuba rises to the occasion, with the light of our doctors, our hard-working population and our entire people, confident that we will put an end to the nightmare and continue our path toward prosperity, only possible with socialism as the foundation.

The confidence of our people is no accident. Another April features the most important meeting of the country’s political vanguard, the 8th Congress of the Communist Party of Cuba, which began yesterday and continues through the 19th.

Cubans know well that the debates taking place these days are intended to advance collective wellbeing. And we understand that this is no easy task, as the forces of evil insist on sullying the country’s purity, living in peace and wrapped in the nobility of our leaders and people.

Time is short and none will be wasted on bemoaning. We are going for more, in our own way. Nothing will stop the course agreed upon in a vote by the majority of Cubans, with the leadership of our Communist Party. If we are Cuba, surprising and admired, it is because we can unconditionally count on our Party.

During these days, when the Bay of Pigs and the 60th anniversary of Fidel’s proclamation of the socialist character of the Cuban Revolution, cannot be forgotten, April brings another victory.

Our Communist Party is unique