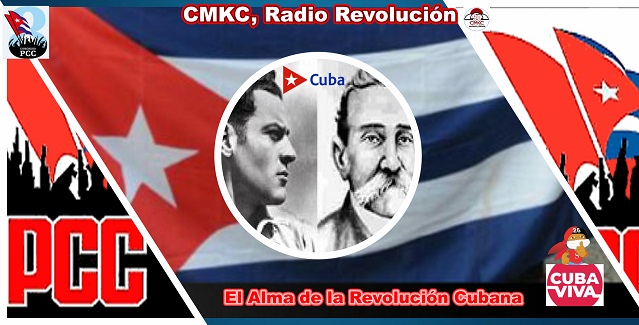 Image: Santiago Romero Chang
Our Party is unique because it guarantees the unity of all Cubans intent on building a more democratic, inclusive and just society.

Our Party is unique because it guarantees the unity of all Cubans intent on building a more democratic, inclusive and just society. It guarantees, strategically, our unity, in a world in which political fragmentation of progressive forces prevails in the face of advancing neoliberalism. The centers of capitalist power understand that, in order to win, they need to divide, defeat or co-opt Cuba’s collective forms of organization, resistance and struggle which constitute a real, effective threat to their system. Hence the pretension that we assume a multiparty system, which would only impede any possibility of a more democratic society.

Our Party is unique because it empowers the Cuban people, and serves as our principal resource in the defense of our rights against subversive agendas promoted from abroad, which for over 60 years have incessantly pressured us to impose a system that would sweep away these rights.

Party- It empowers us in a world of extreme vulnerability and social alienation in which everyone is forced to seek individual solutions to systemic crises. «Every man for himself» prevails in high-risk societies.

Party- Anyone who doubts this should remember that more than 55% of the world’s population, 4 billion people, have had no type of social protection whatsoever during the period of humanitarian crisis we are now experiencing; 1.3 billion are multidimensionally poor, that is, poor not only because of a low income, but also because they are excluded from health and education systems, from access to drinking water, among other rights. Half of them, 662 million, are children.

Our party is unique because of its tradition of struggle and the moral authority on which it is based, in a region where, in general, political parties routinely feature no more than media shows, scandals and corruption. It is heir to the spirit in which the Cuban Revolutionary Party was created: a party to organize the struggle for our independence, anti-imperialist, defender of the noblest anti-racist and social justice ideals.

Our Party is unique because it is communist, in a world in which capitalism is in crisis. The right wing virulently attacks human rights in defense of its class interests, and there is no “center” that constitutes a real alternative to confronting the capitalist structures of domination and plunder of our peoples.

Our Party is unique because it resists, never weakening, all types of symbolic violence attacking its legitimacy, slandering its leaders, ridiculing or stigmatizing its foundations and manipulating its history.

Our Party is unique because it is ours, it is not a club of millionaires with no popular roots, disregarding the fate of the humble, it is not a cover for the interests of a foreign power, it is not an instrument to win elections based on patronage, buying votes and media manipulation.

Our Party is unique because it is not perfect, nor should it be idealized. It has assumed its own mistakes with a self-critical attitude whenever necessary. Forged in the heat of a complex social process, which has not been free of mistakes, our Party is confronting the challenges of our time, which cannot be underestimated.

The balance of political and economic power in the world today is especially hostile to a socialist alternative, even more so in the case of a small, economically poor country like ours. The domination of consumer culture, the idealization of liberalism, the advance of cultural colonialism and the demonization of communism, create a very difficult context in terms of political and ideological development.

The counterrevolution’s use of social networks, financed by the United States, to fabricate and manage Cuban public opinion regarding sensitive issues, has created a panorama in which the response capacity of our organizations is severely tested. But our tradition of struggle is solid and the strengths we have to develop our own strategies and agendas will prevail.

Our Party is unique because it rises to the occasion, to confront challenges, it looks to the future, conscious of its commitment to our people, our martyrs, our heroes and history; it promotes change, despite accusations of being dogmatic; it is based on clear ideological principles and on a commendable body of scientific knowledge to support every effort, to which our nation awakes everyday to give our best.

Our Party is unique because it is the guarantee we have to dream and work for a better country for all.