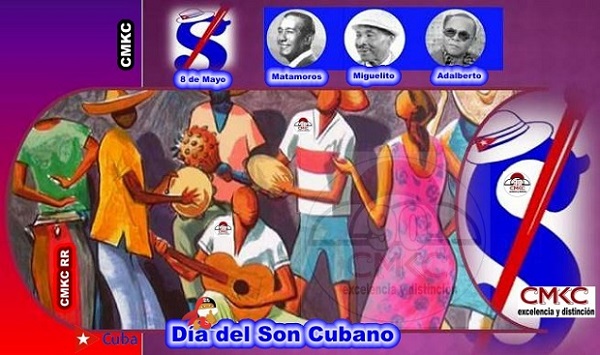 Image: Santiago Romero Chang
The Day of the Cuban Son, a date declared as a tribute to that musical expression, also recalls on Saturday the birthday of two of its great exponents: composer Miguel Matamoros and singer Miguelito Cuni.

Enrique Bonne and Johnny Ventura are together in a musical adventure

Both musicians contributed to the transcendence of the genre. According to Maestro Adalberto Alvarez, this May 8 makes the representatives of the ‘father of all styles of popular dance music in Cuba’ visible.

‘Classical artists, jazz musicians, singer songwriters and even dance and theater professionals supported the decision that Cuban ‘son’ had its day, because it runs through the veins of Cubans and it is part of our DNA. Each province will have its own autonomy, working lines and visual identity,’ he assured.

The pianist and composer recently said that the day celebrates the presence of this musical genre anywhere in the world, and predicted the future impact of the event and the visits of international musicians to the country to participate in future editions.

The Official Gazette of the Republic published, in its October 2 edition, Decree 19 of the Council of Ministers, in which ‘son’, a native from Cuba, has been recognized as part of the country’s intangible heritage since 2012.

This declaration and the media campaign related to the date are part of the process to declare Cuba’s ‘son’ an intangible heritage of humanity by the United Nations Educational, Scientific and Cultural Organization (UNESCO).

This musical genre originated in Cuba’s eastern provinces of Guantanamo, Granma and Santiago de Cuba in the late 19th century, although there are testimonies that Cuba’s ‘son’ emerged in the 16th century.