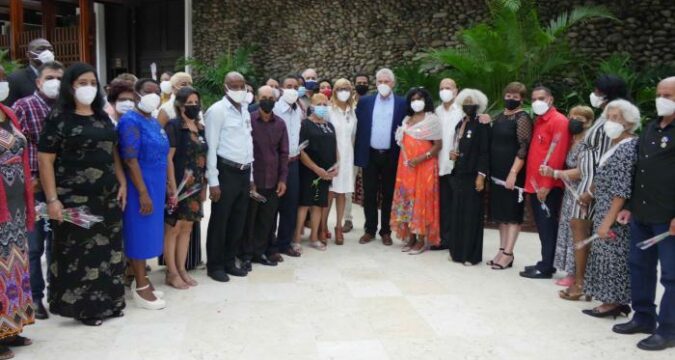 Translation: MSc. Guillermo Rodriguez Cortes
On September 28, 1960, in the face of the maneuvers of imperialism, which sought to destroy the blossoming revolution, sowing terror through sabotage to weaken the country’s economy, Fidel Castro, from the balcony of the then presidential palace (today the Museum of the Revolution), delivered one of the most moving speeches of the Cuban Revolution.

Fidel Castro, from the balcony of the presidential palace (today the Museum of the Revolution), delivered one of the most moving speeches.

On this occasion, the leader explained the need to create a massive organization to confront such a vile fabrication. The people, far from being intimidated, supported the initiative of their leader, thus the Committees for the Defense of the Revolution (CDR) were born.

Over the years the organization has incorporated new tasks in favor of the Revolution and the community. Examples of these are blood donations, volunteer work and in these times of pandemic, new missions have arisen that highlight one of the virtues that characterizes our people, «solidarity».

As the elderly are the most vulnerable people, support brigades have been organized to bring basic commodities to their homes; another task, in these times of need intensified by the cruel blockade, is the preparation of community vegetable gardens to guarantee food for the neighbors and to take advantage of all the idle land nearby.

Fidel’s words during the first three years of the CDR:

4.»…That when the enemy launches his attacks again, not only will he find a stronger army and militia , but he will also find that he will have to fight with a much stronger revolutionary organization of the Committees for the Defense of the Revolution!» (Fidel,28/9/61.First Anniversary of the CDR)

Translation: MSc. Guillermo Rodriguez Cortes
CDRs- The Committees for the Defense of the Revolution (CDR) in Santiago de Cuba can change the impact of Covid-19, and the best example is in the timely assistance in the surveillance and control of sanitary measures and direct assistance in red zones.

This epidemiological situation still has repercussions in Santiago de Cuba and has shaken the routine in the fight against the disease. It was recently discussed in this city by the First Secretary of the Communist Party and President of the Republic, Miguel Díaz-Canel, and the Prime Minister, Manuel Marrero, who chaired a meeting with the local authorities. The results of an inspection by the central government were disclosed: they found violations to what was established in the Confrontation Plan.

Much can be done by the CDR members in view of the problems detected in health institutions, in public transportation, at the airport, in grocery stores, in border points, in state and non-state facilities are the fundamental cause of this new otbreak in the province of Santiago de Cuba.

Cuban Hero, Gerardo Hernández Nordelo, CDR National Coordinator also pointed out that in Santiago de Cuba much can be done in each neighborhood, where the circulation of new more contagious variants of SARS-CoV-2 have been found with an impact on the course of the epidemic.