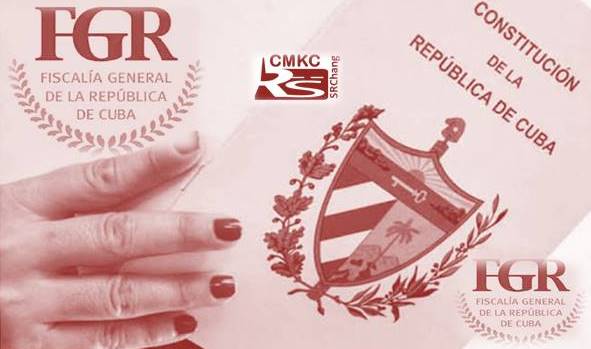 By: Martha Prieto*
The right to demonstrate is certainly a right, also regulated in the new constitutional text of 2019 (Art.56), and its exercise must be for lawful and peaceful purposes. Regarding the latter, a brief reflection.

Lawful and peaceful purposes are closely related categories. Peaceful exercise, basically we would say not to attempt against others, not to violate the peace of citizens, not to stimulate the reversion of order. Lawful purposes, for all rights in any sphere, whether private or public, individual or collective, indicates that there are legal limits to the exercise of these rights; that is, there are definitions and rules that frame the action. So there are general limits that condition that an action is lawful, and the current text (Art.45) establishes them: the enjoyment of some rights may not involve injury to the rights of others, or affect collective security, general welfare, public order, and always with respect to the Constitution and the laws.

I have always insisted that the Constitution contains rules of daily, direct application, enforceable to everyone at all times, because that is why the majority of us voted for it, whether or not we have general laws and other provisions for its development. Therefore, it cannot be ignored that in the text itself there is a well-defined group of general rules for society, as well as values and principles that frame the decision spaces, as well as the spheres of action of all.

What could be some of the rules necessary to establish such limits? The definition of the State as socialist, organized by all and for the good of all (Art.1), character and essence that conditions the analysis, application of the whole text and decision making; the defense of the Homeland together with the right to fight against anyone who tries to topple the order established in the Constitution (Art.4 ); the purposes of the State, and among them, to channel efforts towards the construction of socialism, the defense of sovereignty, integrity and independence, to strengthen the socialist ideology and ethics, and all combined with the guarantee of the enjoyment of rights and the fulfillment of duties (Art.13).

The last article of the great text (Art.229) could be pointed out as a comprehensive closure of the previous ones. It establishes that in no case will the pronouncements be reformed regarding the irrevocability of the socialism system established (Art.4),

Therefore, human rights are not absolute in their expression or realization; and although one may have different criteria and claims, joint actions are needed in pursuit of the integral development of all, so that through such behaviors one should not attempt against what was agreed to safeguard, which is not only political issue, but also economic or socio-cultural, respect for the other and his rights, social order, security, as well as with respect to the essential definitions, principles and guiding values of society.

Reference to the aforementioned articles:

ARTICLE 45. The exercise of the rights of individuals is limited only by the rights of others, collective security, general well-being, respect for public order, the Constitution and the laws.

The rights of assembly, demonstration and association, for lawful and peaceful purposes, are recognized by the State provided that they are exercised with respect for public order and in compliance with the precepts established by law.

Cuba is a socialist state of law and social justice, democratic, independent and sovereign, organized by all and for the good of all as a unitary and indivisible republic, founded on the work, dignity, humanism and ethics of its citizens for the enjoyment of freedom, equity, equality, solidarity, well-being and individual and collective prosperity.

The defense of the socialist homeland is the greatest honor and supreme duty of every Cuban. Treason of the homeland is the most serious of crimes, and whoever commits will be subject to the most severe sanctions. The socialist system supported by this Constitution is irrevocable. Citizens have the right to fight by all means, including armed struggle, when no other recourse is possible, against anyone who attempts to topple the political, social and economic order established by this Constitution.

ARTICLE 13. The essential purposes of the State are the following: (a) to channel the efforts of the nation in the construction of socialism and strengthen national unity; (b) to maintain and to defend the independence, integrity and sovereignty of our homeland; (c) to preserve national security; (d) to guarantee effective equality in the enjoyment and exercise of rights, and in compliance with the duties enshrined in the Constitution and the laws; April 10, 2019 Official Gazette 73 e) to promote sustainable development that secures individual and collective prosperity, and obtain greater levels of equity and social justice, as well as to preserve and to multiply the achievements of the Revolution; f) to guarantee the full dignity of the people and their integral development; g)to strengthen the ideology and ethics inherent to our socialist society; h) to protect the natural, historical and cultural patrimony of the nation; and i) to secure the educational, scientific, technical and cultural development of the country.

The United States and sonic attacks: from microwave to crickets

In no case shall the pronouncements on the irrevocability of the socialist system established in Article 4, and the prohibition to negotiate under the circumstances provided for in clause a) of Article 16, be reformed. * Outstanding Cuban constitutionalist. Teacher of generations and relevant professor who has dedicated her life to the development of Legal Sciences. With a B.A. in Law, Master in Public Law; with a PhD in Legal Sciences, Full Professor. Full Member of the Scientific Society of Constitutional and Administrative Law. Member of the Permanent Court of Scientific Degree in Law. Member of the Board of Teaching Categories. Awarded with the National Law Award Carlos Manuel de Cespedes in 2019.