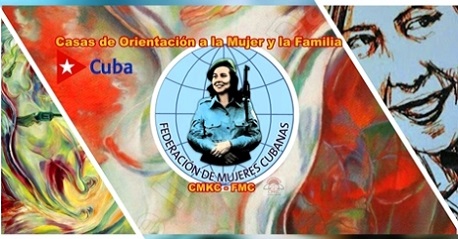 Translater: Guillermo Rodriguez Cortes.
The participatory exercise in the process that culminated with the promulgation of the Constitution of 2019 placed in the public mind important issues around family institutions. Above all, it has shown us the need to reflect socially on the importance of expanding the protective mantle of the Law so that all people and all families can be sheltered under it, in harmony with the policy of our State in terms of seeking greater inclusion and eradicating discrimination.

The family law that is under construction today finds its way paved by the current Constitution, not only by those concepts that this one gathers in the third chapter of Title V, but by the values that from the first of its articles the Supreme Law projects to all its contents. The constitution and the laws that derive from them, those that develop them, must resemble the society where they are to be applied, and this has several implications.

The meaning of this idea includes, on the one hand, the need to establish in the norms those palpable realities, so that all the processes of normative modification represent potential moments for the updating of old molds that are insufficient in the face of the overwhelming advance of society. But, in addition, the new norms also embody desires, needs, dreams and an updated vision of what is fair, equitable and correct.

The permanent development of society imposes itself as a challenge to law, whose bodies of law often remain static for years under the non-disposable justification of legal certainty. The problem lies in the fact that this principle cannot be a pretext for anchoring the law in past conceptions; it must necessarily move forward. Also sometimes, and this may be the case, the Law needs to move forward, to look at and protect everyone and also to educate on the basis of its supreme values of justice, equality, freedom and respect.

What happens is that these certainly become abstract and sometimes relative concepts, inasmuch as what may be considered just for some people may not be so for others and so it happens with many of the values that are also manifested in the predominant moral conceptions at a given historical moment.

It is for this reason and to reopen the debates on the contents of the Family Code, at the gates of its popular consultation, that I have found in it the motivation to propose a look at this scenario, as a clear example in which the ancient controversy and the indissoluble relationship between morality and law is manifested.

The latter is composed of rules that provide structure and become the channel of expression of the dictates of conduct that from the State order social coexistence, but we also referred that the content of these rules, the course of its provisions, are directly influenced by culture, idiosyncrasy, ideology, moral values, the predominant political interests in society, in short, its sources are broad and complex.

One of the phenomena that has the greatest impact on law is precisely morality, that which is expressed in predominant criteria on coexistence, life, right and wrong, but, above all, which is manifested in the actions of people in society. I do not intend to infringe on philosophical spaces, but I do mean that for jurists, morality has not been and cannot be an alien phenomenon. Much has been debated about the difference between both orders, since morality also contains norms, behavioral guidelines, just like law. However, moral norms are spontaneously outlined and the mechanisms that sustain their observance are linked precisely to the more or less majority considerations on what is good and bad, the criteria of natural justice, the socially accepted or not accepted conducts and when certain moral canons are not complied with, the consequences are generally expressed through the rejection of other people, the verbal condemnation of certain conducts or other social mechanisms.