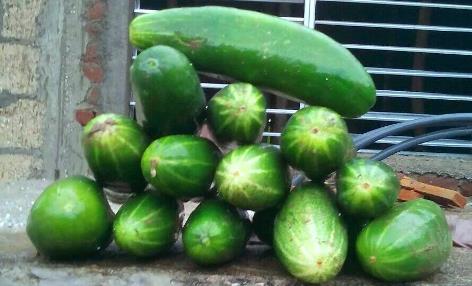 Agricultural- The strategy departed from a real statistic inventory of the 31 state agricultural stores in the province and the 135 points of sale that will be let on lease.

In the new policy there are already eight stores and nine points of sale on lease by different companies, agricultural entities and the private sector.

What’s going on with prices in agriculture?

Due to the money ordering that started in Cuba on January 1st, this year, the agricultural commodity prices also raised. However, to avoid an excessively increase above wages, pensions and retirements, the central Government decided to authorize local governments to manage price rise, both wholesale and retail in the top quality agricultural commodities in all stores and points of sale.

The challenge is to control and demand compliance with the current legislation in the state and the private sector.

The Cuban President announced it last December when he disclosed the starting date for this task: abusive and speculative prices will not be allowed, otherwise offenders will have to face severe legal sanctions.

Monetary re-ordering kicks off in Cuba

The Ordering Task demands more responsibility from the business sector to go out in search of efficiency, because for that it will also have opportunities that it must know how to take advantage of, said Marino Murillo Jorge, member of the Political Bureau and head of the Implementation and Development of the Guidelines Commission.

Murillo deepened in general concepts that companies must assume with the monetary and exchange unification, and the flexibility that is offered to them regarding the distribution of their profits, the links with other forms of management and how beneficial it is for them to try to export with respect to import.

He recalled that if in a one-to-one environment (as it happens today) national raw materials are more expensive than imported ones, from now on, in an environment of devaluation, the opposite will happen and this will also lead to a change of mentality among businessmen, to fight for their goods and services to be competitive in order to go out to the foreign market because it will be better to export.

He mentioned as one of the greatest objectives of the Task Order to achieve a correction of prices, and in that sense according to the exchange rate the exporter for each dollar will receive 24 pesos, it will always be cheaper to use domestic products, but the problem is how to achieve that domestic prices do not grow more than 12 percent, in order to ensure the desired utility.

This is a matter that will be perfected as the economy advances, he said, and he also recalled that in terms of wholesale prices, 42 products are centralized.

Murillo explained that the Azcuba Group can export all the sugar Cuba produces, but domestic consumption is around 450 thousand tons, that is, it is very big and in order to compensate those losses it has been decided that the economy should assume 80% of the price of that export.

At the same time, this would allow the referred business group to assume in time and form the payment to the producers, but it also warned about the need to correlate the prices of the domestic economy with those of the export.

In another part he insisted that the business system is called upon to be more competitive, to control its expenses well so that it does not have losses, is efficient and achieves high profits, for which its directors have also been authorized to distribute them within the group and to assume other expenses.

He pointed out that in recent years efforts have been made to establish various salary scales, as was done with Resolution 17, but with the Task Order, better results and dividends are expected, and in this sense he considered that now there are spaces for workers to defend their income more because the mechanisms for an entity to provide as many goods and services as possible have been made more flexible.

He said that as a fundamental consequence of the devaluation of the Cuban peso, it is expected that 426 companies will go in red, for which the State has assigned a loan of 18 billion pesos so that its workers are not left defenseless, but in a certain time they must be able to recover.

Of the 43 measures approved for the business system, nine have to do with the Ordering Task, said Murillo Jorge.

He also explained the new opportunities and flexibility that the business system has, including those entities that until now do not export, to have freely convertible currency, from the approval of decentralized mechanisms.
Only the price of a small group of items such as fuel and food imports are assumed by the State in a centralized manner.

There will be accounts in MLC and we have to make sure that this businessman can transfer a part of it for his operations, he said, not without clarifying that all the invoices will be in Cuban pesos, even in the midst of a partial dollarization.

With respect to the agricultural sector, he said that like the other forms of management, the cooperatives can sell to everyone and even export.

There are many concerns of the peasants about the prices, but the stocking prices are increasing, including the price of sugar cane that today the company pays to the producer at 270 pesos per ton, and tomorrow it will be at 479 pesos, in the heat of the new transformations.

In the case of agricultural producers, now that all collection prices are going up, they will be recognized for 100 percent of deductible costs, he said.

There are the country’s centralized prices, and the decentralized prices are set by agricultural companies, which are also growing but have limits, because we cannot have inflation that is greater than the design of the income, he said.