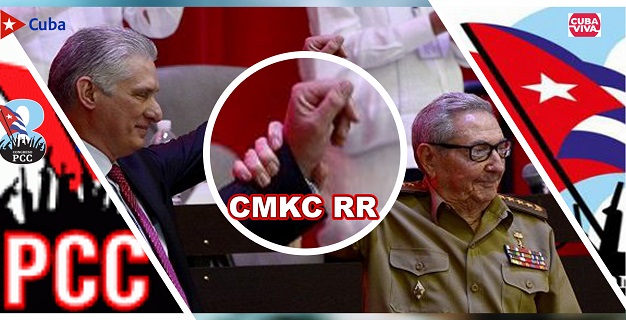 President of the Republic Miguel Díaz-Canel Bermúdez was elected today, Monday, as first secretary of the Communist Party of Cuba Central Committee, during the first plenary meeting of the leadership body, elected by the delegates to the 8th Party Congress Sunday evening.

As on the sands of Playa Girón, the Party stands tall and invincible

Miguel Díaz-Canel Bermúdez, elected as first secretary. – Army General Raúl Castro Ruz made this announcement after reporting the 14 members of the Political Bureau, including nine returning to the body and five added as new members:

Juan Esteban Lazo Hernández, President of the National Assembly of People’s Power and the Council of State of the Republic of Cuba.

Salvador Valdés Mesa, Vice President of the Republic of Cuba.

Subsequently, the new Party Central Committee first secretary introduced members of the Secretariat and the areas each will attend:

First on the agenda, this morning during the closing session of the 8th Congress, was a report on the tally of ballots cast by delegates yesterday, April 18, to elect members of the new Central Committee, corroborating that 100% of the ballots were valid and that all were elected with more than 99.32% of the votes.