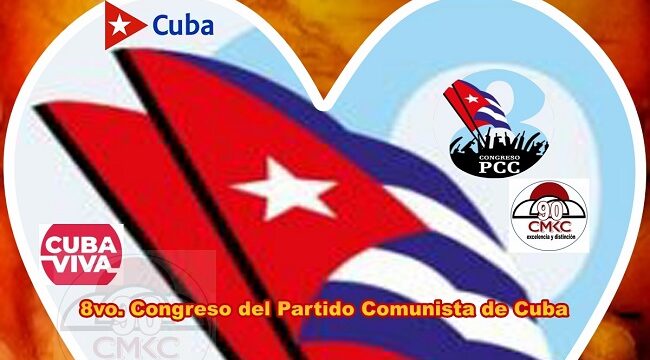 CONGRESS- The preparations for the next congress of the party show that the debate of the working committees achieves a better refocusing of the problems and their solutions, in the light of the concerns, the problems and how many challenges are seen today and that do not admit hesitations, or false steps.

CONGRESS- On the contrary, a better clarity of the local programs and the leading role of the people with their cadres is demanded in the communities where the conflicts are greater and the social programs are decisive.

The experiences of the Party and its condition of indispensable ideological leader are valuable, to carry out the objectives of development of the nation and the strengthening of the political work.

These should be days of analysis and contribution of ideas that ensure, in the coming stage, the fulfillment of all the objectives set by the country, and, above all, consolidate us as a socialist and independent nation.

The Communist Party of Cuba is the national leader; let us not forget this premise.

A PARTY CONSCIOUS OF ITS VALUE AND RESPONSIBILITY

The Party, as a vanguard organization, has in its militancy the fundamental support. Perfecting the work from the base and ensuring that each Party cell fulfills its leading role in the place where it is located were among the aspects defended in the various presentations of the day.

We have to take advantage of all the strengths of this flexible work system, to establish priorities in the different areas and take better care of both the working and school centers and the communities», the role of the cells and its militants is decisive in the updating of the Cuban economic model.

There is experience in the form of attention to the cells, which has allowed improving the indicators of the functioning and internal life of the political organization, but it is necessary to improve the system, in order to strengthen the work and influence of the Party in society.

The important thing is that we must achieve that the base organizations and the militants are capable of interpreting the policies, the guidelines and the directives that emanate from the Congress, and incorporate them to daily behavior. If each cell, in any activity of production and services, adjusts, in its operation, to what is written in these documents, I am sure that it will make an important contribution to the economic recovery of the country and, with it, to a greater satisfaction of the needs of the population.

Along the same line of thought is the role of the style and methods of work of the Party in correspondence to the historical context that the Homeland is living, when it is vital to strengthen and make more effective the links with the people.

In a scenario as complex as that of the year 2020, characterized by the intensification of the blockade and the impact of the pandemic, the Party not only maintained its vitality, but also took care of the different processes and the fundamental activity in each center. To the extent that the preparation of the general secretaries is improved and they are provided with tools to develop their political work, we can also ensure that there is a better informed and educated militancy of the premises of the nation.

In Santiago de Cuba the moment is difficult, but the work of the Revolution and the confidence in it are much greater and, as an essential element, it is necessary to keep our people informed so that, among other aspects, they know the policy of cadres and are aware that the continuity of the Revolution is based on the principles defended by Fidel and Raul.

Logically, the strategies that the country is promoting to perfect an economic model that increasingly corresponds to the social justice that we defend, did not escape our attention.

The monetary ordering task, once implemented, has revealed serious problems, among them, the lack of economic projection to pay the labor force.

I believe that the monetary ordering task requires all our support and, undoubtedly, it has come at the right time.

Let it be said and assimilated in daily practice that the autonomy granted to the entrepreneurial system to increase efficiency and promote higher income for workers, the productive chain, and the introduction of computerization technologies, as well as science and innovation, is vital, supreme, and indispensable.

But everything must be done in an orderly manner, with much control, to avoid wasting resources, and without neglecting the ideological work and the training of our young people, who must be very clear about the leading role that, in order to move forward, we must assume in the monetary ordering task.

The preparations for the next congress of the party show that the debate of the working committees achieves a better refocusing of the problems and their solutions, in the light of the concerns, the problems and how many challenges are seen today and that do not admit hesitations, or false steps.