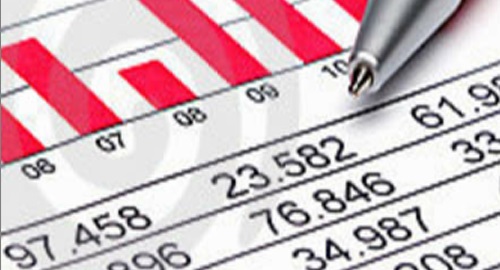 Cuban Economic- During its most recent session, the Council of Ministers approved plans to improve the work of all actors in the Cuban economy, including the socialist state enterprise; non-agricultural cooperatives; micro, small and medium-sized enterprises; as well as the self-employed, all of which are called upon to promote the development of the nation, in their respective arenas.

Cuban Economic- With this decision we are approving a framework for all actors involved in our economic panorama, which goes beyond simple recognition of them, stated the First Secretary of the Communist Party of Cuba and President of the Republic, Miguel Díaz-Canel Bermúdez.

Cuba continues presentation of the economy and budget plan

Noting as an essential principle guiding the process of improvement, upon introducing the subject, Political Bureau member and Prime Minister Manuel Marrero Cruz reiterated that the state enterprise is defined as the principal actor in the national economy and, as such, must perform.

Among other principles, he recalled that the expansion of activities conducted by non-state forms of management will not lead to a broader process of privatization, since limits that cannot be exceeded have been established. «Recognizing, diversifying and strengthening the work of economic actors» is another objective of the needed improvement effort, with a view toward all economic actors functioning as defined.

Referring in particular to micro, small and medium-sized enterprises, he explained that they will be part of the state and private sectors, and similar management conditions will be established for both. In the case of private companies, he explained that the list of activities which self-employed workers are not permitted to conduct will serve as a starting point to establish the arenas in which companies will operate. Initially, they will not be allowed to engage in some professional activities, including those that are approved for the self-employed, including computer programming, bookkeeping, translation and interpretation, veterinary care for pets and domestic animals, design and certain types of advisement.

The Prime Minister insisted on the importance of achieving sustained progress in the task, which must advance purposefully and gradually to avoid mistakes. «We need to move forward intelligently, to consolidate each step we take and be able to achieve sustainability.»

As part of this discussion, presented were the principal findings from the experiment conducted with non-agricultural cooperatives, initiated in March of 2012. Between 2012 and 2014, 498 cooperatives of this type were authorized.

The Prime Minister explained that the information gathered during reviews during the experimental stage indicated that, in spite of deficiencies, the viability of the approved policy was confirmed. Considering this reality, the decision was made to conclude the experiment and gradually extend the creation of non-agricultural cooperatives to all previously approved sectors, with the exception of construction.

Marrero noted that as part of the measures designed, regulations meant to improve the work of all the economic actors will be issued at the same time.

Based on this decision by the Council of Ministers, work will begin on the respective legal norms for their implementation. As progress is made in this task, the population will be provided updated information.

The steps outlined, he said, establish a framework for the country’s economic actors, which, above all, reaffirm the centrality of the state enterprise system. Based on what is approved, we will be in a better position,» he said, «to advance in certain aspects such as relieving the state of activities that are not fundamental to the economy’s performance, and make better use of the workforce, especially the highly qualified.

This improved relationship should allow forgetter use of human potential, productive capacity, experience gained and innovation.

If the process is conducted well, he said, we can successfully integrate the two sectors, strengthen the economy and speed up the country’s development. The process will be gradual, but this does not mean we will delay implementation.

It is vital that these measures reach the municipal level, to ensure that different forms of management are involved in territorial development strategies and contribute to the economic growth of localities, where projects can generate employment, increase production and provide services.

Let us definitively eliminate the obstacles that prevent our economic actors from performing with agility, with the ability to contribute to development, he emphasized.

«Here, anything that is inefficient, corrupt or illegal; anything that tends to hinder, that is not innovative or proactive, is harmful, whether it is in the state or non-state sector.»

The economy of the future and the present

Foreseeing, designing and planning were fundamental to the process of elaborating the country’s Economic Plan and State Budget for the year 2022, conditioned to a significant extent by the control being achieved of the COVID-19pandemic

Designed within the context of monetary re-ordering, the Plan of the Economy for next year is based, in the first place, on the concept of centralized planning, stated First Deputy Minister of Economy and Planning Leticia Morales González. This implies consciously leading the process of economic and social development in the country, favoring the incorporation of all forms of property and management.

The design fundamentally projects counteracting the effects of economic deceleration; continuing to promote greater interaction between all economic actors; increasing efficiency, efficacy, productivity and innovation; as well as adhering to and continuing to work on the National Development Plan through 2030, she said

While acknowledging the complexity of making projections in such a difficult time, Morales insisted on the urgency of seeking solutions to our problems on our own. «We must work hard, we must find solutions, we must identify potential… and we must be able to reflect all of this in the Plan,» she emphasized.

The challenge is to reflect the scenario we foresee within the 2022 Plan, with both objectivity and optimism. The goal cannot be to consider what we have done, and plan to do a little more; no, the goal is to identify what we have not yet done and the capacity we have to do more, she stated.

Also on the agenda for the highest government body’s meeting was a report by the First Deputy Minister of Economy and Planning on the economy’s performance as of the end of April, a period that demonstrated the need to continue seeking untapped potential and produce more.

Production of rice, eggs and corn, she stated, surpassed projections, not the case for starchy vegetables, beans, fresh milk for the industry and pork.

She added that projected indicators of production and efficiency were not met in the sugar industry this season, evident in the backlog accumulated in cane milling.

Regarding employment, she noted that a total of 166,966 persons visited municipal labor offices in search of a job. Of the positions accepted, 55,442 were in the state sector and 50,183 in the non-state sector.

Another issue evaluated by Council of Ministers members was the progress made in implementation of the National Economic and Social Development Plan through 2030, a guiding document for the National Planning System, which directs development efforts with a view toward eliminating structural imbalances in the economy with a strategic vision and closely articulated with the Sustainable Development Goals of the United Nations 2030 Agenda.

Serving the vulnerable, wherever needed

Later in the meeting, Minister of Labor and Social Security Marta Elena Feitó Cabrera presented policy proposals to strengthen prevention and social work in neighborhoods, and for support to individuals, families and households, as well as groups and communities in situations of social vulnerability.

As an essential aspect, the Minister commented on support offered to the necessary transformation of preventative social work at the community level, as the most important link. This policy involves recovering the founding principles of social work based on Comandante en jefe Fidel Castro’s conception of preventing, assisting and transforming, thus addressing the full scope of needed action, currently organized at the national, provincial and municipal levels.

She explained that, on the basis of experience gained, the Ministry has identified the need to transform work currently conducted by social workers and recover the original conception of social prevention, particularly in attention to adolescents and focused follow-up on community efforts.

Referring to the second document, she explained that its objective is to raise the quality of social services to address situations of social vulnerability, improve, diversify and broaden protection provided by Social Assistance and its services, including the participation of diverse actors.

Regarding both policies, which were approved by the Council of Ministers, Deputy Prime Minister Inés María Chapman Waug, emphasized that they constitute fundamental tools that should facilitate local analyses and the adoption of necessary measures to guide programs implemented in each territory.

This community work, today more than ever, is essential, she stated. Hence her insistence on including, among actions taken, the projection of social research and coherent work in neighborhoods.

The effects of drought in Cuba

As part of the day’s agenda, the president of the National Institute of Water Resources, Antonio Rodríguez, presented an update on the current nationwide drought, reporting that, between December 2020 and April 2021, rainfall on the island has reached only 54% of the average for this period.

The lowest provincial accumulations over the last four months were recorded in Havana, Ciego de Avila and Sancti Spiritus, all with precipitation below 30% of the historic average. Additionally, Mayabeque, Cienfuegos, Santiago de Cuba, Camagüey, Matanzas and Villa Clara recorded between 30% and 50%.

These low precipitation levels, he noted, have produced an increase in the number of areas impacted by the drought. At the end of November 2020, 13% of the country’s municipalities were suffering the effects of limited rainfall, and by the end of March 2021 the figure reached 45%.

Nationwide, 552,852 persons are affected by the drought. The populations of Havana, Artemisa, Santiago de Cuba, Camagüey and Guantánamo account for 81% of the total.

In order to alleviate the impact on the population, action being taken to maintain and improve pipelines and networks, construct interconnections between systems, increase the number of pumping stations, and drill wells, among other efforts, which have improved service to more than 780,260 inhabitants, principally in the provinces of Havana, Santiago de Cuba, Las Tunas and Guantánamo, Camagüey and Artemisa.

He recalled that, during the 2003-2005 period, a severe drought affected some

Two million people in the country, a figure that was reduced between 2020 and 2021 to about 500,000, as a result of investments made in the water sector nationwide.

As the last item on the agenda and in compliance with provisions established in the Constitution of the Republic of Cuba, the governor of Sancti Spiritus, Teresita Romero Rodríguez, presented an accountability report on her administration’s work in the province, the first to conduct this process before the Council of Ministers.

Many actions have been taken, she stated, to improve the populations’ quality of life in the midst of the complex situation the nation is facing, as a result of the escalation of the unjust economic, commercial and financial blockade imposed by the U.S. government on Cuba; damage caused by three severe meteorological events in the province; and the great effort required to confront the COVID-19 epidemic.

Among principal priorities during 2020 and 2021, the Governor identified work to support the food program in the territory. Other programs such as health and education have also been prioritized, while progress was made in the computerization of society and in meeting objectives established in provincial housing policy.

In order to continue advancing in the government’s effectiveness, Governor Romero cited several arenas which require more work. Among these, she emphasized follow-up on the implementation of monetary re-ordering; the identification of untapped potential to generate income for the local budget, as well as the control of expenses and their destinations; improving the quality of services provided the population; and promoting local development projects, in accordance with strategic lines approved in each municipality.

Several members of the Council of Ministers offered their opinions and suggestions for the government’s future efforts in this central territory, which faces a period of much work, learning, and overcoming challenges, in order to increasingly improve the population’s quality of life, and the body approved the Governor’s accountability report and the Resolution proposed in this regard.