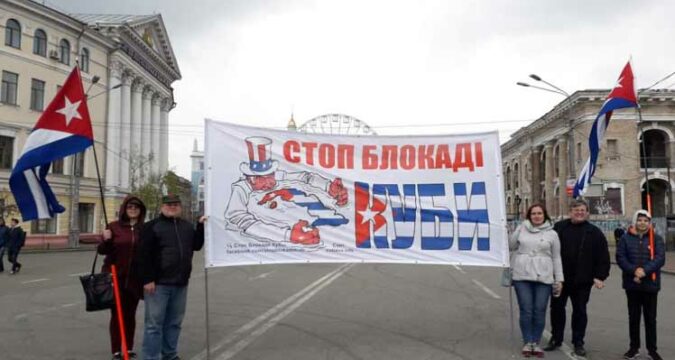 European Parliament- The anti-Cuban maneuver is intended to hinder relations between Cuba and the European Union and to undermine the Political Dialogue and Cooperation Agreement which is being implemented in a positive manner, building bridges between our peoples and governments.

Today, June 8, the European Parliament has scheduled an artificial debate on what they call the political situation and human rights in Cuba. «If the European Parliament decides to discuss Cuba, the debate would necessarily need to refer to the massive, flagrant and systematic violation of the human rights of the entire Cuban population, by the genocidal, immoral and illegal economic, commercial and financial blockade that the United States government has maintained against our country for more than 60 years,» reads a statement from the Cuban diplomatic mission in Brussels.

The text asks if the promoters of this farce would be willing to demand that the U.S. government end this aggressive policy which, through the end of March 2020, caused accumulated damages to the Cuban economy amounting to 144,413,400,000 dollars. «Are they also willing to defend European natural and legal persons affected by the increasing extraterritoriality of the blockade? Will they ask their U.S. counterparts to repeal the Helms-Burton Act? Will they demand the elimination of the 243 measures adopted by former President Donald Trump, which the current U.S. administration maintains in effect?