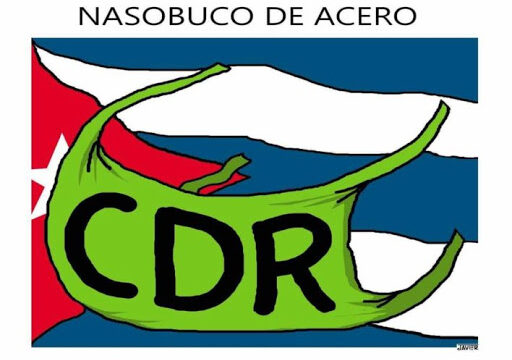 Translation: MSc. Guillermo Rodriguez Cortes.
Leopoldo Delgado is 75 years old and lives alone in a house, but he assures that he has plenty of people who are always aware of what he needs materially and spiritually.

Leopoldo Delgado,- «Ten years ago I lost my partner and, since then, in these four walls there is only me. But I don’t need more people because I have a huge family that takes care of me on a daily basis. Who are they? My neighbors.

THE HISTORY OF MAN… AS TOLD BY THE NEIGHBORHOOD

Precisely at this time of dialogue, this long-lived man from Sancti Spiritus recalls one of the hardest moments of his life, when he was knocked down by a motor bike in the middle of the street and suffered immobility in his legs for two years.

«I thought my time had come, but nope”, the hospital and this house were always full of people. The woman next door would bring me lunch, the nephew in front would carry me to the bathroom and Cuca, another one down the street, would stay until I fell asleep. It was two years and I never had to worry about buying groceries or medicine, going to the doctor or fixing anything that broke at home.

And everything was spontaneous, when I opened my eyes at the doctor’s I had a battalion next to me that would not leave my side. That is why, as I always say, I have plenty of people», he adds, while he greets Joaquín, a forty-year-old man, faithful companion of the eternal domino tournaments that take place in the little park, recently inaugurated by the community, where for years a garbage dump used to be.

Like Leopoldo’s experience, there are thousands when you walk around Cuba’s inner neighborhoods, regardless of the province. In those spaces, thousands of personalities coexist, making them the best scenarios for dialogue and development because the communion of each person generates actions from all sectors.

For Antonio Roig Santos, founder of the Committees for the Defense of the Revolution (CDR), this distinction that makes us unique in the world is due to the fact that the Cuban people are aware of the value of a fair, free and independent society and that they have always advocated for Marti’s legacy of «With all and for the good of all».

«When you are looking for someone in a neighborhood, you can get the same answer from the president of the CDR, a member of the Federation of Cuban Women (FMC), the combatants or a member of the Young Communist League (UJC), or the Communist Party of Cuba (PCC), because it is where we coexist regardless of our level of education, life experience, religious beliefs, work, if we have served any judicial sentence, in short, we are integrated as one big family,» says this winner of the Neighborhood Award two years ago.

According to his experience, the maximum expression of this identification with the neighborhood is the meetings of the CDR members and the meetings with the delegate of the constituency because they are attended on a voluntary basis.

Angela Carrasco in CMKC: «Every night I see the light, the little lights of Cuba»

«It is not only where we can complain about certain issues because a street is broken, the water supply is insufficient, or that a public phone is needed in the area; instead, everyone proposes a solution to the problems because when they are solved, we benefit collectively,» he says.