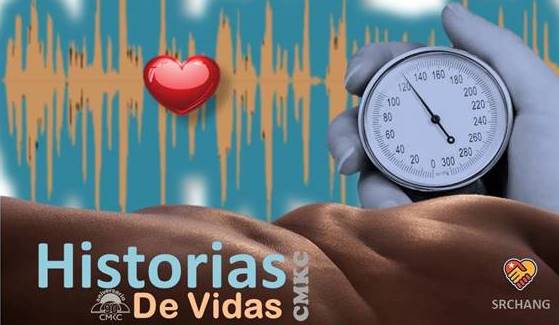 Translation: MSc. Guillermo Rodriguez Cortes
THE HISTORY OF MAN… There are buildings that just by looking at them transport you back in time. Infinite walls, high towers, cathedrals, walls that rock upon rock have the power to silently tell secrets that man has hidden in their cracks. There are others that, from their simplicity, also hide stories of towns, of their people and the roots that tie them to the land where they were born.

That house in the highest part of the hill was simple, it stood out among all the others in the neighborhood not only because of the palm tree that grew in its garden as a «flower», or for its red tiles and blue walls, but because it looked like a mother, already a little old and full of makeup, but a mother anyway; overprotective and vigilant, «ailing» but fighter, with the energy and strength of the Cuban women.

There were times when only a small family lived in it. It multiplied and plagued its corridors with noises and footsteps; at other times it was a place for arguments, meetings, classes, going from being a conventional home to become the «refuge» of the people.

THE HISTORY OF MAN…

It all began with hurricane winds, intense rain and the black clouds that announced the end of an era. In that community, the strongest house was the one with red tiles and blue walls, which is why everyone ended up crammed up into the living room, the bedrooms and even the kitchen. Three days of stories and lots of coffee by candlelight passed, and then it was time to start from scratch.

While some rebuilt their lives and the streets slowly returned to normal, the children at dawn would line up around the palm tree, sing the notes of the National Anthem and then settle down on any surface under the roof to take classes. In the afternoons, it was the turn of the grocer, who with his elbows on his improvised counter would dispense «our daily bread» at the doorway.

Little by little the life of the whole community began to revolve around the blue house with red tiles, and although the ravages of the hurricane were passing, the garden with its characteristic «palm-flower» continued to be the favorite place for neighborhood gatherings, meetings, the organization of parties or cleaning.

That is the story told by its walls, which also saw when one night the people paid homage to those who lived on that roof, giving them a prize from the neighborhood, a replica of the same house that on so many occasions sheltered them from the rain.

Then it became a custom, one that like the crowing of the roosters spread loudly throughout the island, making that blue house with red tiles a symbol of all the good and autochthonous that Cuban citizenship holds, originating the «Premio del Barrio» (Neighborhood Award).

Decades after that night, Cuba continues to collect memories, and numerous families have obtained the «Premio del Barrio», which also extended to schools, cultural, public health and communication institutions, as well as other work groups and individuals.

Granted by the Committees for the Defense of the Revolution (CDR), the award recognizes CDR members who contribute from the neighborhood in which they live to unity and the formation of values in society; it is an appreciation to women and men who, with their merits, earn the respect and gratitude of the people.

Land of courageous people, Cuba has seen many of its children receive the «Premio del Barrio», among them is our eternal Commander in Chief Fidel Castro, who with his ideas and actions will always watch over the progress of the homeland, including the smallest and most remote villages of its geography.

Many are the sons and daughters of the Island who have been recognized by the CDR for their constant struggle to preserve the Cuban history and identity; for contributing to health with medical discoveries or fulfilling international missions; for giving the country medals or sports achievements; for keeping the people informed; for making contributions to culture and defending the autochthony of our art; for making the country a safer place for the whole family and other reasons that today are distributed in the Cuban territory hundreds of «Premios del Barrio».

Angela Carrasco in CMKC: «Every night I see the light, the little lights of Cuba»

This is how a simple house, with blue walls and red tiles, with a palm tree adorning its garden, can tell us about its people, its good and bad times, its moments of struggle and insomnia; this is how it can tell us about men and their aspirations, their sacrifices and virtues; this is how a house, without great towers or infinite walls, can narrate, if you listen carefully, the history of an entire country.