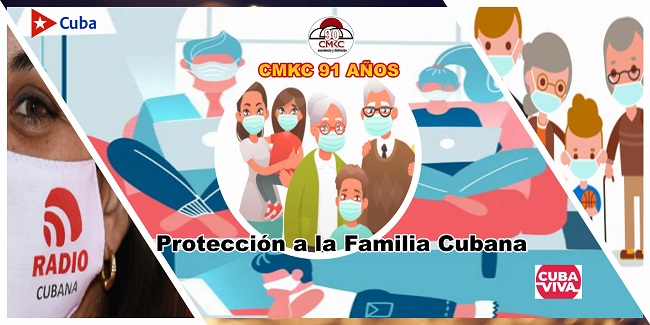 The Family Code draft plans to extend the age to be adopted up to 18 years old and to widen the age gap among adopters and adopted ones, among other novelties.

What distinguishes adoption in the applicable law as compared to the new Family Code? What advantages and novelties the new draft provides to adoption? Will it make the adoption process smoother? Can same-sex couples adopt too?

These and other questions were answered to Granma newspapers by Yamila González Ferrer, PhD and full professor at the Law School of the University of Havana, vice-president of the National Union of Jurists of Cuba and member of the Drafting Commission of the new Family Code.

– Regarding the adoptive affiliation or adoption, what elements will distinguish the new Family Code from the current one?

–The age to be adopted is now extended to 18 years old. In the current Family Code only those under the age of 16 years old can be adopted.

“It is explicitly provided that the adoption between blood relatives (there is nothing established about it in the current one), readjusting the legal affiliation. Adoption is not allowed between relatives in straight line such as, for example, grandparents and grandchildren, they have other options such as guardianship.”

“Straight and same-sex couples will be able to adopt whether they are married or in a common law relationship, without distinction. In the current Family Code, only straight married couples can adopt. There is an expressed prohibition to adopt for those people who have been sentenced by final judgment, as perpetrator or accomplice, of a crime related to gender or family violence, or by crimes against the sexual freedom or indemnity, or against childhood, youth and family, and those whose parental rights over their children have been revoked.

“The step-children adoption is broaden and elaborated. It is the adoption by one of the members of a couple of the children of his/her partner (it is established in the current Code but the scope is very limited and the ties are always broken with one of the families of origin). In the new code, it seeks to strengthen the socio-affective links between the adopter and the children of the spouse or common law partner. In some cases it could give rise to multi-parenting, since the ties with the family of origin remain.”

–Does the new Family Code make the adoption process smoother? What advantages and disadvantages it establishes?

“The Family Code draft makes the adoption processes smoother by proposing solutions to problems we currently face, related with the deprivation of parental responsibilities, for example, in the cases of children in social assistance centers who, even though their parents or other family members do not take care of them nor care for them, the beginning of these processes is sometimes delayed for a very long time, years pass by, they grow up and become teenagers and their possibilities of being adopted grow slimmer.”

“For this reason, the Family Code draft establishes in article 188 the possibility for parents to have their parental responsibilities deprived by the relevant court if they fail to comply with the care of their children staying in a social assistance center in an obvious and systematic manner and without a justified reason, for 180 days.”

“Another new matter is provided in article 97 a.), in which the mother, or the father if the mother has passed away or both have reached a mutual agreement, can give the child up for adoption at the moment of his/her birth and before their registration, through a written consent in which they state they agreed to put their child up for adoption, following all the procedures established in the relevant institutions, in this case the Ministry of Public Healthcare and the Ministry of Education.”

“The parents will not be liable for giving their child up, it means, this would not be considered abandonment, as their child will receive all the safety and protection they require. This will comes into force for the adoption processes 180 days after the children has given up for adoption.”

“This regulations provides those who lack conditions or do not wish to be parents to give their consent, before the child is registered, to give them in adoption, so they give the child to the health center where the child is born, and I turn they take him/her to a social assistance center of the Ministry of Education.”

“Nonetheless, they have 180 days to reevalute their decision. If they stand by it, the adoption process can be officially started. This will prevent the abandonment of newborn children in dangerous conditions such as in a portal, a park or a trash deposit, which is considered a crime of abandonment by our Criminal Code.”.

–Adoption by a homosexual person is not new. So, what is new in this matter in the new code?

–The Family Code of 1975, the one currently in force, provides that a homosexual person can adopt by themselves, and there is no prohibition about it. In fact, adoptions by homosexual persons have been approved before. The prohibition existed when they wish to adopt as a couple because in the case more than one person wishes to adopt, they had to be married and this was only possible for heterosexual couples.

–Adoption is a legal institution to provide protection and family integration to children and teenagers, to guarantee their right to live in a family that takes care of their wellbeing and integral development.

“When an adoptive affiliation is acknowledged by the relevant legal process, this child becomes the daughter or the son of the(se) person(s), who is(are) thereafter recognized as the father or mother. It means that, from that moment on, a parent-child relationship starts with the same force of a blood relationship, except for the prohibitions established for the formalization of marriage and the instrumentation or recognition of the affective common law relationship due to the established relationship.”

“It is clearly stated in articles 19 and 91, related to the effects of adoption. Therefore, it is no possible to revoke an adoption once it has been authorized, as it is not possible for a birth mother or father to just give up their responsibility.”

“If the adoptive mother or father fails to comply with the duties of parental responsibility, it can be suspended or deprived. In case the parents passed away, the relationship ties with their relatives will remain. An exisitng adoption can only be override by a re-adoption.”

–In the exceptional cases that the adopted child, while still underage, meets with their family of origin and wants to establish affective relationships with them, would this be legally allowed?

–The Family Code draft recognizes the right of children and teenagers to know their identity. So it is established in the article 89.a) which states that adopted persons have the right “to know their biological identity and origin, and have access to the adoption file once they have gain full legal capacity, in accordance with the norms established in the Civil Code or in the complementary measures” It means that, in the case an adopted person reunites with their blood relatives and they accept him/her, they can establish relationships, even affective ones, but it does not mean they will be legally recognized, since the legal effects of the family and affiliation ties are those derived from the relationship.

2 thoughts on “Adoption or the right to a family”